are cats less stressed having examination at vets or home?

Many owners find taking their cat to the vet a negative experience, often because of the stress experienced by the cat. As well as improving the overall welfare of the cat, reducing the stress experienced in a veterinary examination increases the accuracy of the examination findings; increases the likelihood of owners presenting their cats at the vets more often; and helps to maintain the owner–cat relationship. It has been suggested that veterinary examinations carried out at home are a less stressful alternative to taking the cat to the veterinary clinic, but there had been little data thus far to confirm this. In order to find out whether this is in fact the case, a group from the veterinary school in Saint Kitts and Nevis in the Caribbean carried out a study and published their findings in the journal Applied Animal Behaviour Science.

Who participated in the study?

Eighteen cats completed the study and of these seven were castrated males and 11 were spayed females. All of the cats in the study were domestic shorthairs and they ranged in age from 6 months to 8 years. Many of the cats came from feral colonies and this is something to consider when interpreting the results as these cats may differ to a typical pet cat.

How did the study take place?

All of the cats underwent two routine physical examinations using low stress handling techniques, one in the home environment and another at the veterinary clinic, with 7 days in between. The study was conducted using what is called a randomised crossover design – this means that half of the cats were randomly selected to be tested in the home environment first and the clinic setting second, and the other half were tested in the clinic setting first and the home environment second. This is good scientific practice as the overall differences in cat behaviour between the two locations are less likely to be affected by the second examination being influenced by the first. It is also good scientific practice that each cat is tested in both environments as it means we can be more confident that any differences in behaviour found were due to the different environments and not due to different cats.

The examinations were conducted at the same time of day for each cat, using the same methods, order of procedures, vet and technical support team in each location – again this is good scientific practice as it reduces the likelihood of the results being influenced by any of these factors in different ways for different cats, rather than the location.

In order to determine the cats’ level of stress, a mixture of physiological and behavioural measures were taken. Temperature, pulse, respiration, blood glucose, blood pressure and cortisol, which is a hormone that is released in response to stress, were some of the measures taken by the vet. The examinations were also videoed and from this behavioural measures such as escape attempts and hiding were recorded, as well as ear positions. Behavioural studies often use an ethogram, which is a list of behaviours and their description and allows different people to easily identify these behaviours. In this study, however, the description for some of the behaviours in the ethogram were a little unclear; for example, different people might interpret ‘slightly dilated pupils’ and ‘moderately dilated pupils’ differently because the words ‘slightly’ and ‘moderately’ are subjective. Including diagrams might have helped in these instances. As it was the same trained observer that evaluated all the videos, error due to differences in interpretation by different observers should have been small; nonetheless, the subjectivity of the ethogram makes it difficult to use by other researchers in further studies. Other behaviours might also have been useful to look at, such as slow blinking, which can indicate a relaxed or content state, or those that are likely to show a negative emotional state, such as tail swishing.

What were the results?

The study found that there were no significant differences in the physiological measures between the home and clinic environments except for blood glucose, which was significantly lower, and so potentially showing a lower level of stress, in the home environment. A high blood glucose level can be caused by an underlying disease, such as diabetes mellitus, as well as by the release of stress hormones. Therefore if a vet finds an elevated blood glucose level, it may be difficult for them to determine whether this is due to stress or disease. This highlights the importance of reducing stress during a veterinary examination in order to maximise the accuracy of tests and minimise the possibility of incorrectly interpreting the results.

When looking at the behaviours, hiding was performed significantly more often in the clinic, but there was a significantly higher ear position score, proposed to show higher stress levels, in the home environment; although the scores were still low in both environments. In addition, it could be questioned as to whether a higher ear position score does reflect greater stress; a linear scale was used in the study, with, for example, ‘1 = relaxed/alert ears (upright, oriented forward)’ and ‘5 = ears moderately flattened, top of ears rotated forward’, but these different ear positions could represent different emotions, for example fear or frustration, and not just a scale of how stressed the cat is.

The study also found that cortisol values were significantly less for the second visit, regardless of whether the examination was in the clinic or the home, and this finding was consistent among the cats. There was also a greater decrease in cortisol between the first and second visits when the first visit was the clinic and the second visit was the home environment. The authors propose that this supports the idea that the home environment is less stressful than the clinic environment, and that familiarity with the handler and the process masked the influence of the familiar home versus the unfamiliar clinic environment.

What can we take from this?

International Cat Care will continue to provide you with interpretations and summaries of the latest cat science studies – objectively critiqued and intelligently communicated to you by dedicated cat-loving feline scientists, professionals and veterinarians.

Reference for the study:

The study was commissioned by the ICC – an organisation committed to the welfare of cats and shared by Anita Kelsey.

Anita runs a cat behaviour consultancy in Notting Hill but travels all over London as well as the rest of the UK. Anita is also committed to the welfare of cats and can be contacted on info@catbehaviourist.com

She is also the author of two cat books ‘Claws. Confessions Of A Professional Cat Groomer‘, published by John Blake and Let’s Talk About Cats. Conversations On Feline Behaviour 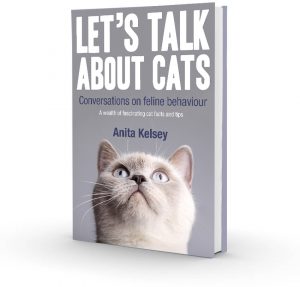 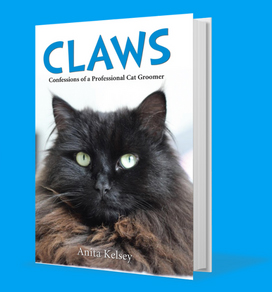