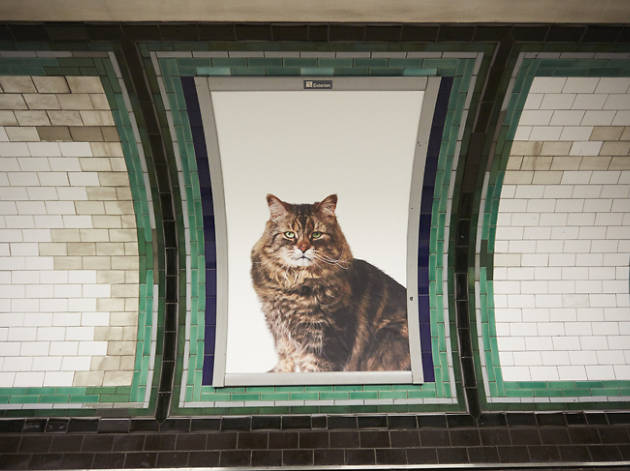 A London Underground station has been taken over by cats – with all advertisements replaced with pictures of the furry felines.

The cats will appear on advertising boards for two weeks..

The aim is to provide a “relaxing, fun and light-hearted” space free from commercial adverts, Cats said.